The Miami Avenue Bridge consists of a pair of 629-foot bascule bridges that sit in the heart of downtown Miami’s Brickell City Center. It is surrounded by high-rise buildings and crosses over the Miami River, a heavily utilized waterway for recreational crafts, cargo vessels and private yachts traveling to and from the Atlantic Ocean. 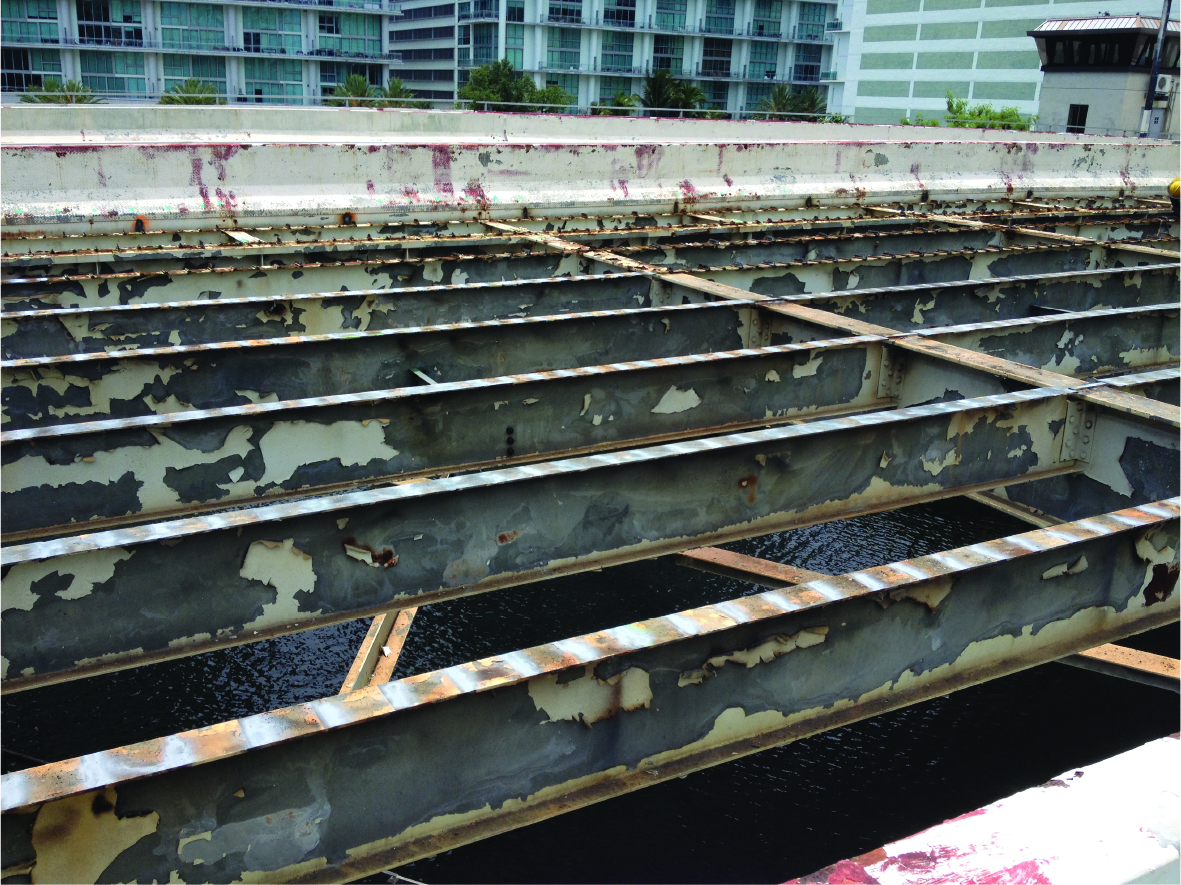 The existing coatings on the bridge spans were experiencing catastrophic intercoat delamination failure between the intermediate coat and the inorganic zinc-rich primer. The primer was tested by an independent third-party inspection firm. They determined it had sufficient adhesion values and life-cycle remaining, making it a strong candidate for an overcoat system in lieu of a full blast requirement. Furthermore, officials involved with the project wanted to limit the amount of downtime required to take the bridge out of service in order to perform the scheduled repairs — expediting the revitalization of the coatings by minimizing the surface preparation requirements as much as possible without compromising the integrity and performance value of the applied system. 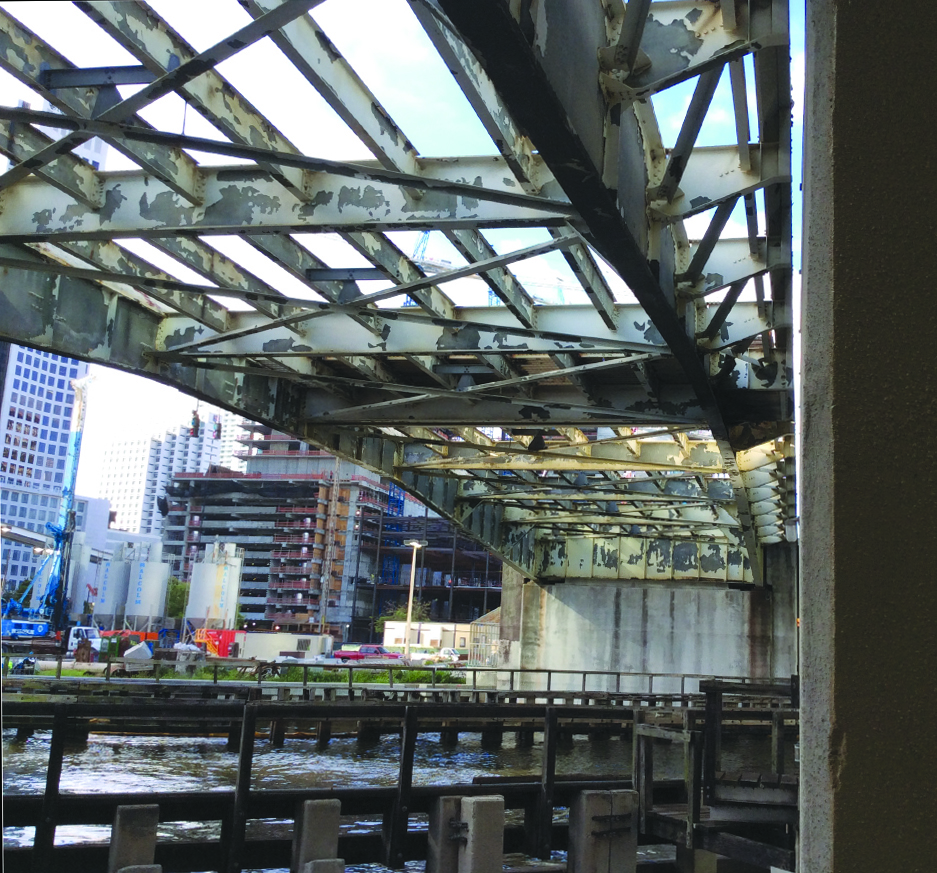 Fig. 2: The underside of the bridge span showing the existing coating failure.

In order to ensure adequate adhesion between the existing coating system and the newly applied, cross-linked, epoxy polymeric intermediate and polyester aliphatic acrylic finish coat system, a test patch was installed on a section of the bridge. Due to the numerous nooks, crannies and crevices on the structure, the test patch was installed over a bare minimum surface preparation, which was performed in accordance with SSPC-SP 2, “Hand Tool Cleaning” using a 5-in-1 tool to scrape all loose material and feather the edges of remaining sound coatings. An additional solvent wipe was performed in accordance with SSPC-SP 1, “Solvent Cleaning” using denatured alcohol and a clean white cloth to ensure all soluble contaminants were removed from the surface prior to coating application. A full coat of epoxy and urethane were then applied to the prepared areas.

The coating was allowed to cure for 14 days, measured for dry-film thickness, and adhesion tests were performed on four representative areas (Table 1). 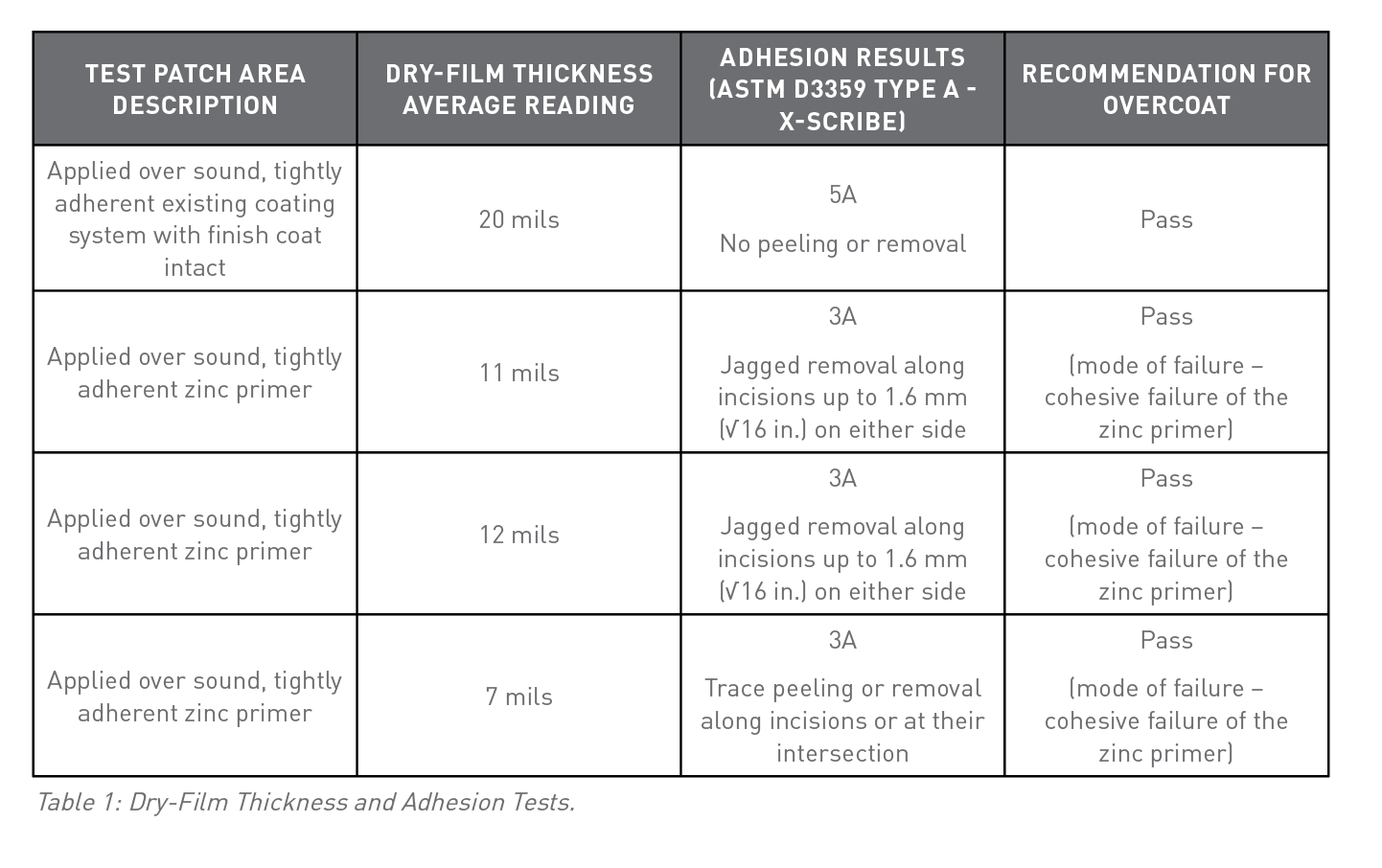 Upon confirmation of successful adhesion over a very marginally prepared substrate, the project surface preparation was specified in accordance with an SSPC-SP 12 (SSPC SP WJ-2/NACE WJ-2, “Very Thorough Waterjetting”) standard in order to ensure a very thorough cleaning of the primed steel substrate. Due to the various angles involved on the bridge, it was important to ensure that any hard-to-reach areas would not be compromised if the contractor was not able to fully meet the WJ-2 standard. All loose coatings were stripped via waterjetting methods, and any remaining coatings determined to be tightly adherent were feather-edged to create a smooth transition between existing and newly applied coatings.

The cross-linked polymeric epoxy was selected as an all-purpose intermediate coat that offered a variety of attributes including low-temperature cure, surface tolerance, fast recoat times, moisture tolerance during application and cure, and excellent corrosion protection. The bulk of the application largely occurred during “winter” months with temperatures in South Florida dipping into the 40s at night and topping out in the 60s during the day. The dew point was reached most nights causing moisture to condense on the surface, making the low-temperature-curing attribute of the epoxy selected an added advantage. As the finish coat was a light beige color, yellow was chosen as the intermediate coat in order to ensure full and proper coverage was achieved for the topcoat. 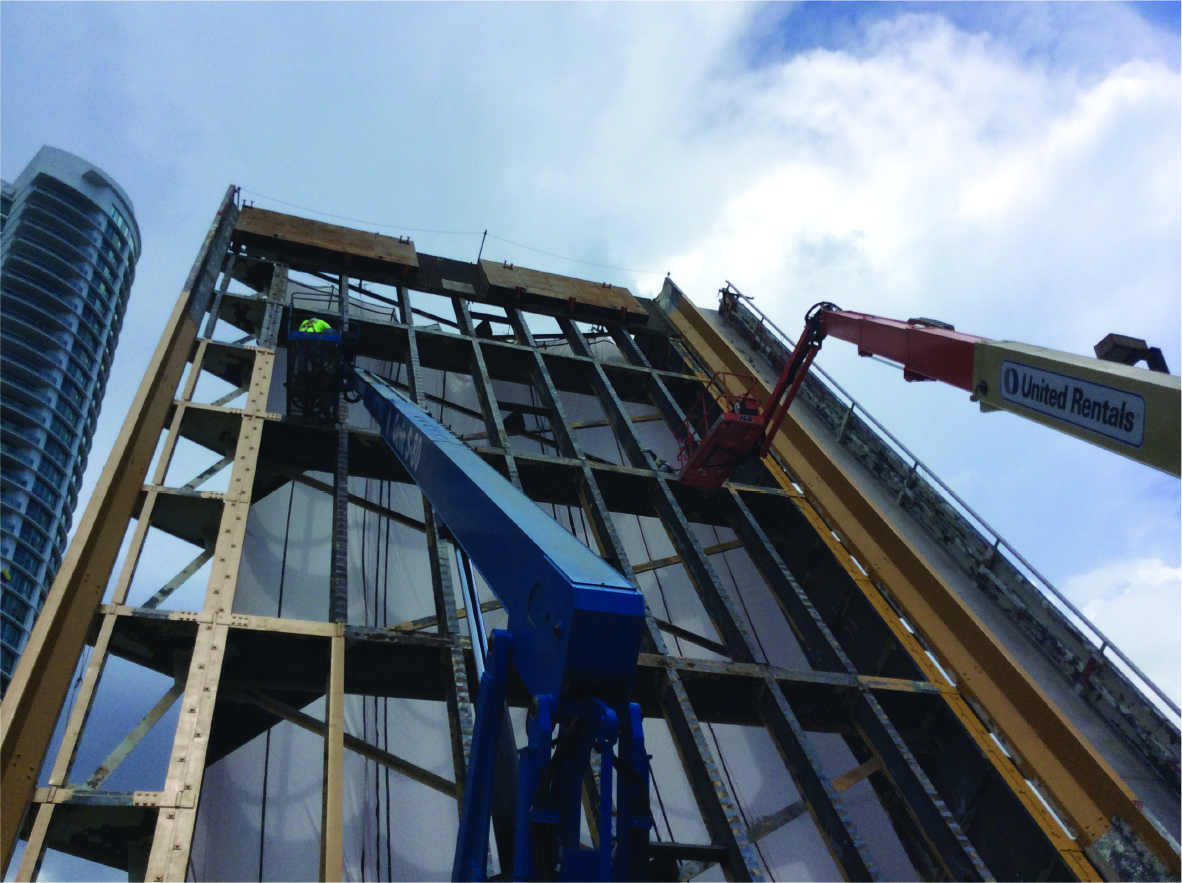 A high-build, low-sheen, aliphatic acrylic-polyester polyurethane finish coat was selected to resist corrosion, chemical attack and abrasion. A newer, VOC-compliant version has since replaced the version used on the Miami Avenue Bridge.

During the project, the bridge remained in operation, allowing marine traffic to utilize the Miami River. Vehicular lanes remained open in one direction for motorists to use the bridge as the repairs and rehabilitation were ongoing, and the project was planned and completed in phases in order to reduce disruptions to motorists and residents in the area.

For the general contractor and coatings contractor, safety was of utmost importance to keep their crews out of harm’s way. Maintenance of traffic (MOT) lane closures were performed in accordance with FDOT requirements, and all personnel wore the appropriate PPE for the task at hand including hardhats, reflective safety vests, safety boots, gloves and protective safety glasses with UV protection. When working from boom lifts, elevated heights and near the edge of the bridge, harnesses and lanyards were worn and properly secured to a fall arrest system. Throughout the project, soluble salt tests were performed to verify removal of contaminants due to the coastal salt air environment. 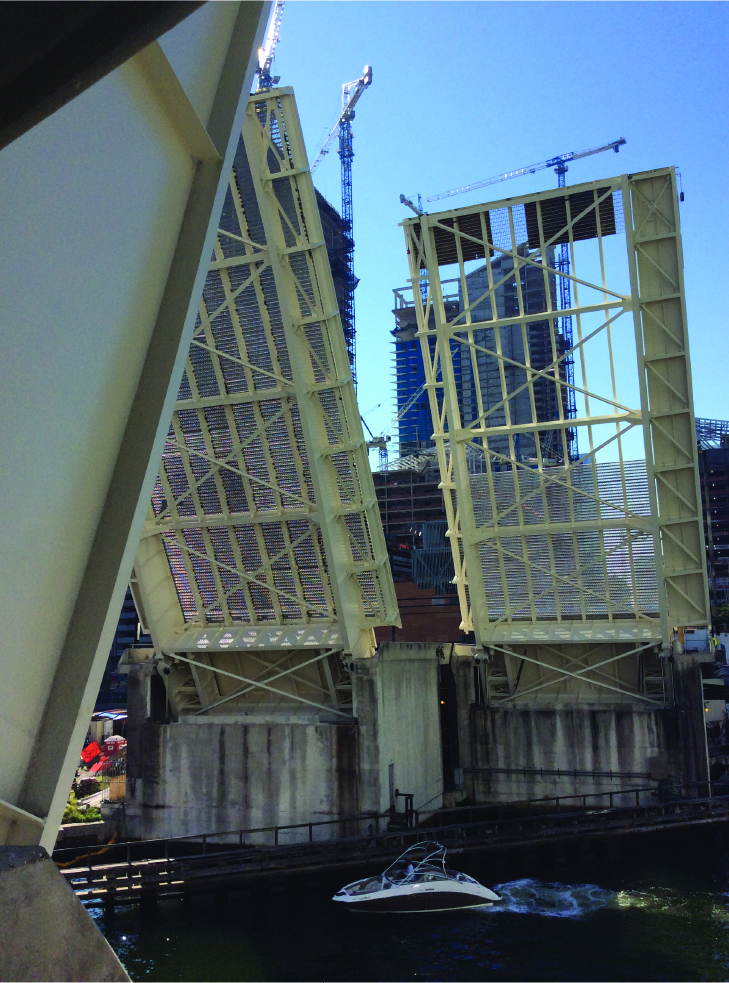 The appearance of a catastrophic failure of an existing coating system can be misleading. With the proper analytical testing, alternative solutions can be developed to maintain control of costs and offer schedule savings on a project.

The team involved was able to truly minimize the impact of the coating process on this project, saving the owner time and money and successfully rehabilitating the bridge.

The painting portion of the project began in the fourth quarter of 2014, was completed by May of 2015 and is performing very well in the harsh South Florida environment.