Coating concrete can be one of the most challenging applications in the industrial coatings market. Contrary to the relatively straightforward process of coating non-porous surfaces like steel, concrete can pose a variety of unique challenges that spontaneously require attention.

To use an analogy with which most parents are all too familiar, imagine the stark difference between going to the grocery store alone and bringing along a toddler. On a solo trip, execution of your plan is generally quick and painless, with only minor speed bumps or inconveniences along the way. However, when you throw a toddler into the mix, anything can—and will—happen.

The same idea applies when it comes to coating concrete. It is essential for an applicator to not only understand the potential pitfalls that can occur during a concrete coatings project, but to be able to remedy these problems quickly to avoid costly, time-consuming mistakes.

1. Understand the Composition of Concrete

Understanding the composition of concrete will help you spot and address potential issues before they arise during the application process. Concrete contains about 6% of air, which takes the form of capillaries throughout the substrate. Concrete is similar to a sponge in the way these capillaries form, as well as their absorbency. This network easily transports water, chemicals and contaminants throughout the concrete, which can lead to potential problems.

For instance, as the temperature of concrete increases, it expels the air through the pores at the surface. With exterior concrete projects in particular, this outgassing can cause blisters or pinholes in the coating. Because of this phenomenon, coating projects are often completed at night when the temperature of the concrete is lower. Tenting can also be used to prevent the sun from warming up the concrete.

Water can travel through the capillaries of concrete in both liquid and gas forms. When water transfers through concrete as a gas, it is commonly referred to as moisture vapor transmission (MVT)—a problem that typically presents itself with concrete slabs on grade. Warm, dry air above the slab pulls moisture from the soil through the concrete as the environment seeks equilibrium. There are three methods to test for MVT in concrete, which all provide a snapshot of its existing moisture content:

Most manufactures will recommend that applicators perform two of these tests to gain an accurate picture of the moisture content in concrete. Moisture-resistant coatings, like our Carbocrete cementitious urethane mortars, are another effective remedy for issues resulting from MVP.

On the other hand, hydrostatic pressure occurs when water transfers through concrete in the liquid state, leading to excess moisture that creates pressure buildup in the concrete slabs and connected flooring systems. As with the folk story of the little Dutch boy who saved his town from a flood by sticking his finger in the dam, a simple coatings job will typically not be sufficient when hydrostatic pressure is present. Instead, concrete repair is usually warranted in this situation.

3. Remove the Laitance Before Coating Application

Expanding on the composition of concrete, it is essential to recognize that concrete contains about 20% water in its original form. Concrete installers measure the amount of water by examining the concrete slump. They fill a cone—similar to a cheerleader megaphone—with the concrete mix, then turn it upside down and remove the cone. Next, they observe if the concrete maintains its cone shape. The distance that the concrete flattens is considered the concrete slump.

As concrete cures, the water moves to the top of the pour and creates a weak layer at the top called “laitance.” This layer is fragile and brittle, making it easily susceptible to damage. With this in mind, it’s critical to remove the laitance before the application of a coating in order to avoid premature failure of the coating system.

4. Take Time to Prepare Your Surface

As with any coating application, surface preparation is the most significant step of applying a concrete coating. One method for preparing a concrete surface is mechanical abrasion, which is used to create the desired surface profile and open the porosity of the concrete—thereby promoting better coating adhesion. Grinding, scarifying and blasting are the most commonly used forms of mechanical abrasion. With this method, the surface should be free of any contaminants, debris, dirt and dust, as their presence will lower the adhesion of the coating system.

When it comes to preparing your concrete surface, industry standards are your best friend. The Society for Protective Coatings (SSPC), together with NACE International, developed an SSPC SP-6/NACE 13 “Surface Preparation of Concrete” joint standard, which offers a complete road map for the preparation of concrete surfaces before the application of protective coating or lining systems. In addition, SSPC recently introduced its new CAB standards that set values for the cleanliness of abrasive-blasted concrete. Both of these standards are invaluable for concrete applicators.

Though there are a variety of factors that can affect the application of concrete coatings, having an understanding of the potential problems that can arise during the application process, as well as how to prevent or mitigate them, is the best defense for concrete applicators.

Listen to Carboline’s recent podcast episode that discusses the various moisture content tests used for concrete in the coatings industry. 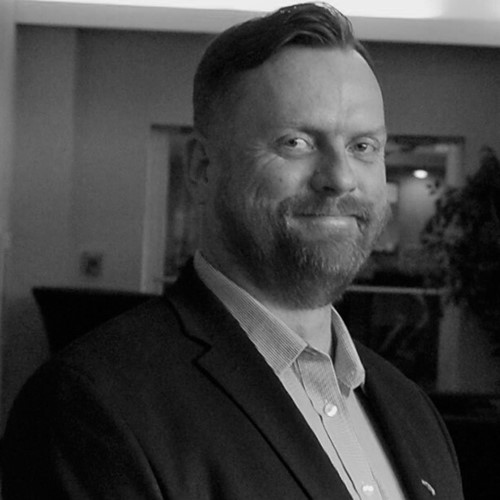 Jack has worked in all aspects of the paint industry for about twenty years. Whether he was on the wrong end of a spray gun or helping an engineer develop a coatings specification, Jack has been there. He is currently one of the Carboline Tech Service Podcast hosts, where he enjoys discussing industry topics every week.

Previous Post
How to Choose the Right Exterior Railcar Coating

How to Manipulate Coating Viscosity for Better Application