How to Select the Best Lining for Concrete in Wastewater Applications 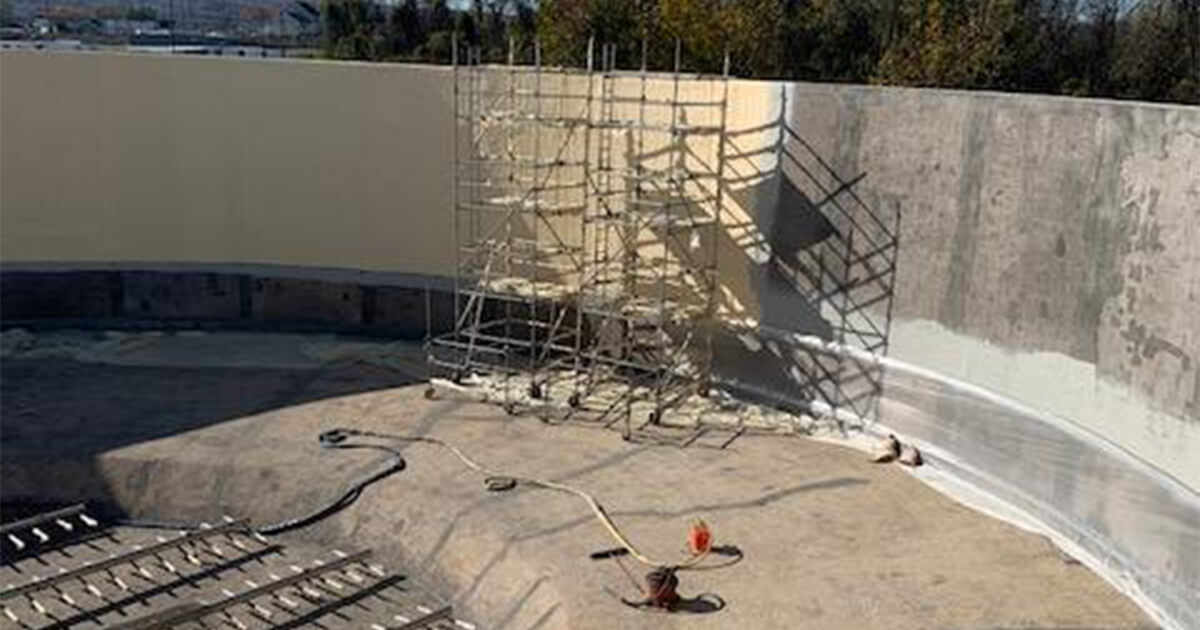 When it comes to linings for wastewater applications, concrete substrate has always been trickier than its steel cousin. This is largely because there are so many factors to consider—from concrete repair, laitance removal and new concrete cure times, to outgassing and hydrostatic pressure.

By comparison, steel surfaces are fairly straightforward. Prior to coating, you must prep the surface to a near-white or white degree of surface cleanliness, use the proper anchor profile for coating application, follow the NACE SP0178 weld designations and maintain acceptable chloride levels.

On the other hand, concrete has a more complicated relationship with linings—even though it’s the most widely used construction material in the world. That’s because it is porous (which can lead to moisture absorption and outgassing, among other things), prone to cracks, and much more vulnerable to chemical attacks than steel in the event the lining becomes compromised.

In addition to these variables, there is a wide range of environmental aggressiveness that can impact concrete exposure and corrosivity in wastewater applications. This is why it’s critical to select the right lining when it comes to protecting concrete in wastewater—whether it’s a municipal septic holding tank, a chlorine contact basin or a clarifier.

The Basics of Concrete Surface Prep

Picking a lining that is compatible with your wastewater service—whether it be municipal or industrial—is of the utmost importance. As a starting point, let’s discuss four basic factors that should be considered when prepping your concrete surface, per the NACE No. 6/SSPC- SP 13 joint standard:

The CSP standards range from 1-9, with CSP 1 being virtually smooth and generally done by mild acid etching, while CSP 9 has heavy scarification typically induced by mechanical means. Many thick film linings will require a CSP 3-5, or even a CSP 6 or higher. Thin film coatings, on the other hand, tend to more commonly be CSP 2-4.

In simple terms, laitance is defined as the weak, brittle layer of cement and fine aggregates that rise to a concrete surface when too much water is added. It is greatly influenced by the type and quantity of admixtures, the degree of working, and the amount of water in the concrete. Laitance is generally formed from new concrete, or even after old concrete has been resurfaced or repaired. Prior to coating a concrete surface, laitance must first be removed.

Moisture vapor transmission (MVT) is the passage of water vapor through a substance, such as concrete. Because this can often cause blisters and other issues to occur when applying a coating over the concrete surface, it’s important to check for moisture throughout the process. Both the ASTM D4263 plastic sheet standard test method and ASTM F2170 standard test method for checking relative humidity with in-situ probes are good ways to measure moisture content in the concrete.

These issues can usually be found in the surface of new and old/repaired concrete. Over time, they tend to lead to significant outgassing problems with coatings due to the air void that tries to escape as the film cures—especially when concrete temperatures rise as a result of the sun or other factors. Voids, bug holes and honeycombs can typically be filled by cementitious epoxy-based repair mortars or similar products.

In addition to these four variables, the NACE No. 6/SSPC-SP 13 joint standard outlines many more factors that come into play during the concrete surface prep process—such as watching for running and/or static cracks and hydrostatic pressure.

The lining itself will depend heavily on the type of wastewater service at hand. Coal tar and coal tar epoxy both have long histories of service in mild and moderate exposures across different concrete systems—from sludge handling and water treatment, to preliminary treatment such as settling and aeration tanks. It used to be the case that coal tar served as a cheap, all-purpose coating for most wastewater applications. However, more coating technologies have been integrated into the industry over time—especially as environmental aggressiveness increases.

Many moderate, and some severe, exposures will be a good fit for aromatic urethane. It adheres well to properly prepped concrete, has a quick return-to-service time, and can offer surprising resistance to solutions like chlorine and sodium hypochlorite that even novolac epoxy coatings have trouble matching. When we bump that up to the severe exposure category, you’ll start to see novolac epoxy coatings and sometimes even vinyl esters being used.

Although the overwhelming majority of severe sludge handling and water treatment can be held at bay with 100% solids novolac epoxy coatings, it’s always best practice to reach out to a coatings manufacturer with a chemical analysis list in order to determine which lining will work best.

Check out Carboline’s new wastewater asset protection guide, which offers an interactive, step-by-step look through the wastewater collection and treatment process. It outlines each asset, along with recommendations for coating and lining options for each substrate within the structure. 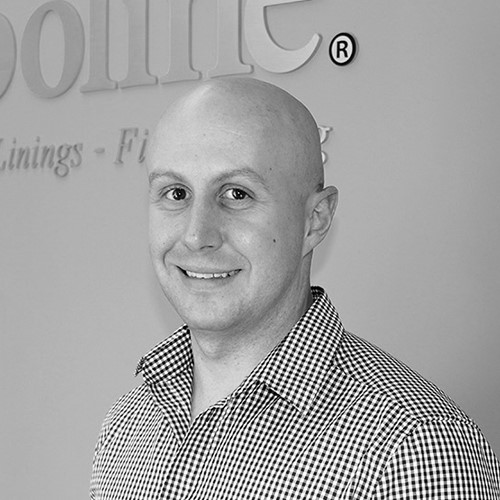 Blayn’s been around the coatings industry since he was 17 years old. He started off shoveling blast media out of a manhole on the day of his Junior Prom and made his way up to the role of Coatings Inspector over the years before coming over to Carboline. He enjoys a good book and a long run or swim, as well as getting paint on his khakis through no fault but his own.

How to Select Industrial Coatings for Steel Water Tank Exteriors